Strike techniques, dexterity, juggling, and rhythm with 2 sticks – improvisations and choreographies with elements of dancing and fighting.

In Moving Sticks we fight, play, and improvise with two rattan sticks about 2 ft long. The strike techniques and sequences originate in the Philippine arts of stick fighting (Escrima, Kali, Arnis); however the sticks also inspire us way beyond that.

Merely holding them in your hands evokes archaic images and sometimes a warrior’s fire in us. They bring us into contact with such aspects as strength, purposefulness, and dynamic. – Alternating between focused and playful approaches we learn the basic techniques of stick fighting, practice skillfully handling the sticks, and improvise. Some fundamental aspects of martial arts such as a firm stance, being centered, clarity in movement, and presence are incorporated as well.

The sticks are hit against each other and the floor, blocked, thrown and caught, juggled, and moved across our own body. Repeating newly learned techniques and expanding on them lets us move effortlessly into combinations and free improvisation.

The basic techniques can be combined with each other and extended into choreographies by adding dance, acrobatics, rhythmic, and drama elements. Optionally the workshop / class ends with a little performance that you choreograph and prepare yourself.

Through practice the striking, flying, dancing sticks evolve their own particular aesthetic and elegance far beyond a mere expression of strength and combat.

MOVING STICKS is about practicing dexterity, agility, flexibility, presence, and speed of reaction while experiencing your own strength and that of your partner – it is NOT about neutralizing or defeating an opponent NOR about applying the most effective technique.

I find it important to be clear on this: If you are interested in Escrima / Kali / Arnis for martial arts or self-defense purposes only you probably want to look for dedicated martial arts lessons rather than my classes. For instance in Heidelberg I recommend my own master, Kempo Kan teacher Thomas Schmidt-Herzog (www.kempokan.de).

My particular combination of stick fighting arts with dance improvisation builds mostly on what I learned from Pia André and Michael Korbl-André, both of whom I can highly recommend:  www.pia-andre.com

MOVING STICKS is a practice for adults, young adults, and children (age 7 or older).

The sticks can also be a helpful means in educational workshops and classes (e.g. dealing with aggression, self- vs. external perception, creative design).

(The art of stick fighting as an educational medium) 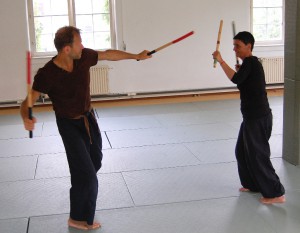 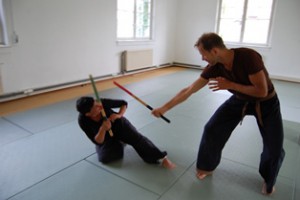 Click on one of the fotos for more information! 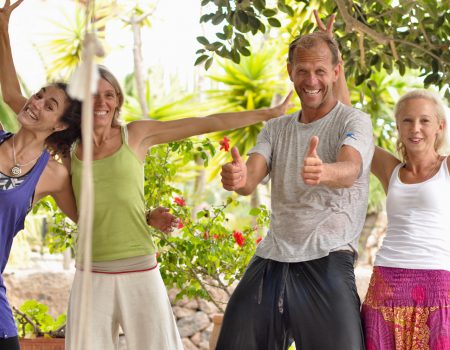 “Forceful arguments?” – The use of sticks in therapeutic and pedagogical fields of work:   Multiplicator-formation for Dance/ Movement-Therapists, pedagogues and people working in healingbody-orientated skills.

Moving Sticks for children of 8years old or older

Manage Cookie Consent
To provide the best experiences, we use technologies like cookies to store and/or access device information. Consenting to these technologies will allow us to process data such as browsing behavior or unique IDs on this site. Not consenting or withdrawing consent, may adversely affect certain features and functions.
Manage options Manage services Manage vendors Read more about these purposes
View preferences
{title} {title} {title}